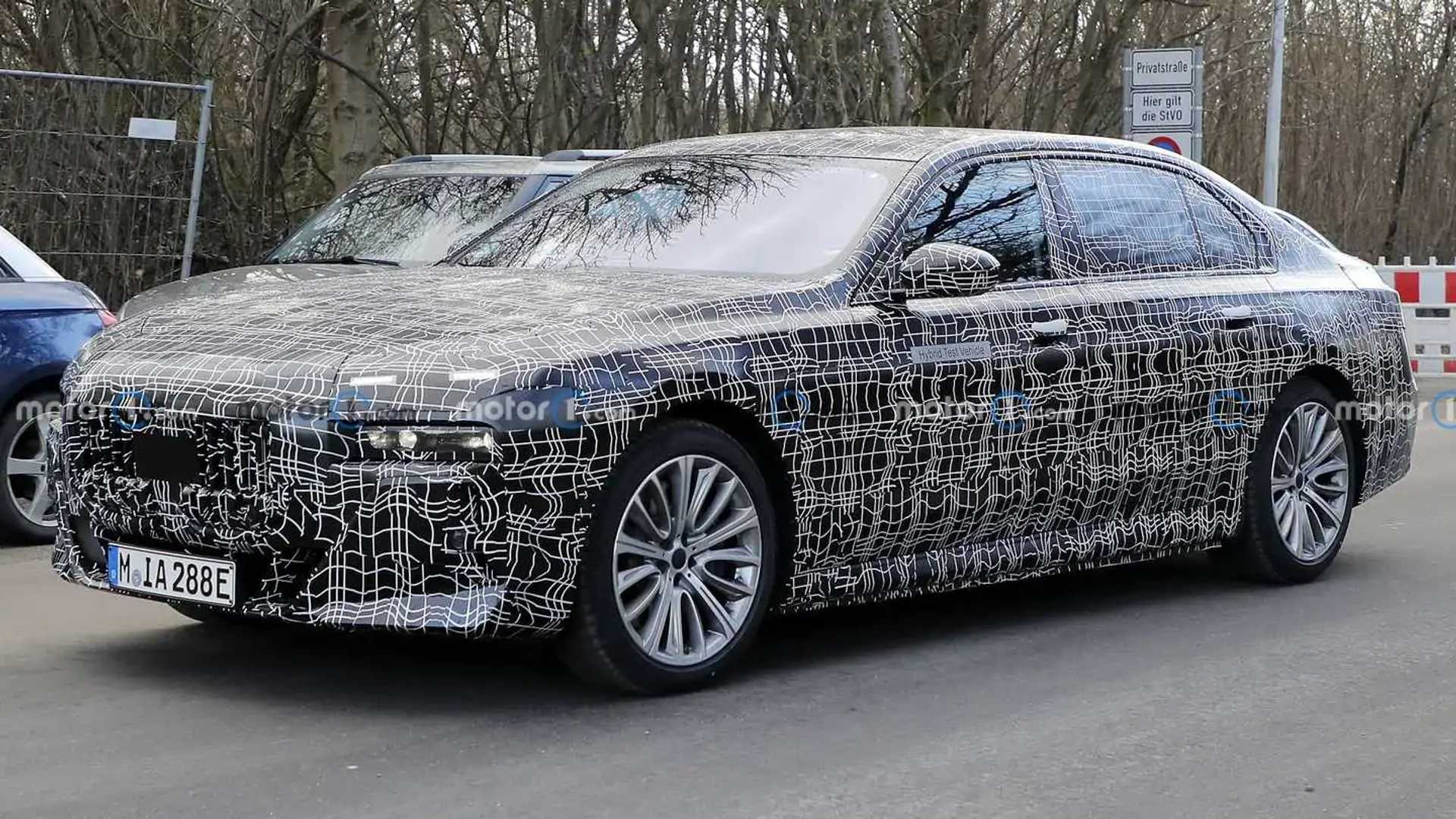 April 20 will be the day BMW will unveil the 7 Series (G70), along with a purely electric i7 counterpart. Until then, the prototypes rack up the miles in final testing to iron out any last-minute issues. Our spies caught several camouflaged cars trying out internal combustion engines, some of which were mated to electric motors, as indicated by “hybrid” stickers on the doors.

To address the elephant in the room, the full-size luxury sedan will pave the way for BMW’s already controversial split-headlamp design. The X7 facelift and production-ready XM will follow shortly, but not all future models will inherit this look. Elsewhere, the front looks a bit sharper than before, though the prototypes still have several layers of disguise.

We can also observe the redesigned rear lights, apparently with a more slender shape. The 7er will debut a new quad exhaust setup likely reserved for the flagship ICE version. It won’t have a V12 under the hood as the M760i is retired with an already teased Final V12 special edition. In the future, you will have to switch to a Rolls-Royce for a twelve-cylinder car from the BMW Group. RR will also abandon the power plant as the Goodwood brand will only switch to electric vehicles from 2030.

These white door handles are in fact only stickers positioned above the real ones. Rather than stand out as before, the 7 Series will adopt flush grips in the same vein as recent BMWs. Airflow becomes increasingly important as a smoother side profile improves efficiency, which is especially important for the i7 in unlocking a few extra miles of range.

As part of the teaser campaign, BMW has already previewed a good part of the avant-garde interior. The Mercedes S-Class rival will upgrade to the iDrive 8 infotainment system while adopting a massive 31-inch screen for rear passengers. A so-called “Touch Interaction Bar” will be standard equipment and will take the form of a dashboard-mounted display reserved for the front passenger.

The 2023 BMW 7 Series will feature a new family of petrol and diesel engines that have already been designed to meet Euro 7 regulations. Although these will not come into force until later in the decade, BMW is preparing the ICEs of its top model to avoid paying heavy fines for exceeding emissions limits.

Beyond the ICE-only versions and the i7, we also know that a plug-in hybrid derivative is in the works. Rumor has it that an M750e xDrive is coming and will boast somewhere in the region of 560 horsepower. In some countries with heavy taxes on large-displacement motor vehicles, we won’t be too surprised if BMW sells the 7 Series again with four-cylinder units.

All will be revealed in about three weeks, before a market launch towards the end of 2022.