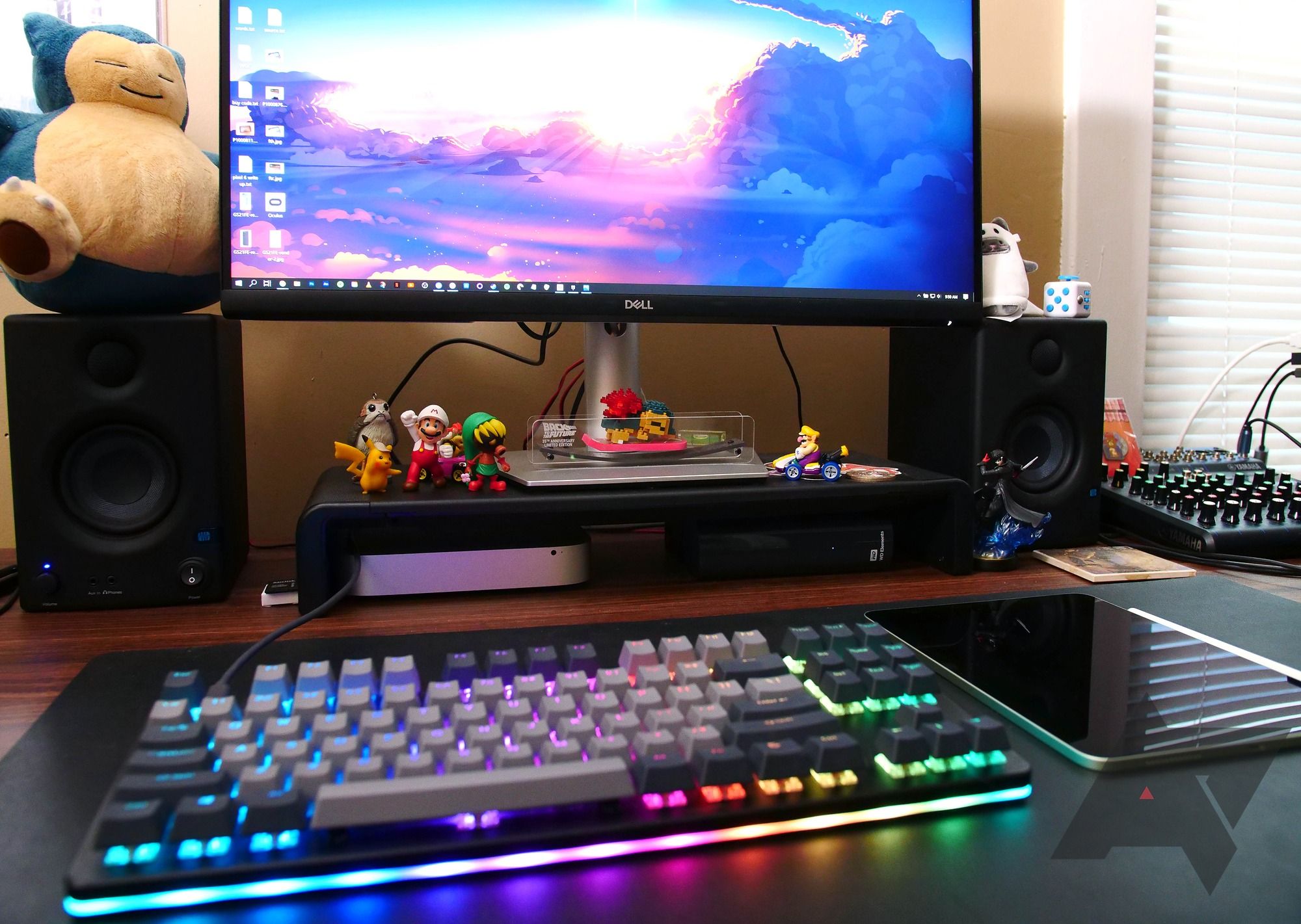 Let me let you in on a little secret: I suck at impulse buying. I spend a lot of time at home which makes it easy for me to convince myself to buy more gadgets, gadgets, or even just decorations for my workspace. Between my work at Android Police and my various hobbies, I’ve probably spent more time in my home office this year than in any other room in the house, including my bedroom – a fact that probably should. persuade me to sleep more.

Generally speaking, my office setup isn’t very unique – and I certainly wouldn’t say this is photogenic – but I’ve made a few changes this year to make myself more comfortable while working. So if you’re curious about how I experience the ever-changing world of tech news every day, here is my setup.

ANDROID VIDEO OF THE DAY

This summer, I started to develop quite severe pain in my back and shoulders, especially during the busy weeks, like every time a new beta of Android 12 came out. In October, I finally decided to take the plunge and improve my office for the first time since I have been in college. I got all-in on a electronic standing desk by Vari. Measuring 60 “x 30”, it’s slightly longer and deeper than my old traditional desk, sometimes feeling more like a really chic table.

This extra space goes a long way, making everything feel a little less cramped than before. Obviously, the biggest advantage is the ability to switch between sitting and standing in just a few seconds. This is one of the most extravagant things I have ever bought for myself, but I have absolutely no regrets. Plus, my old office is the perfect space to take photos of reviews without having to rearrange my living room every time.

Although I have built computers in the past, both for myself and for others, I have switched to using gaming laptops. I find that switching between computers for a while. the working day is quite exhausting and I much prefer having a device that can do it all, even if that means sacrificing raw power.

Currently I’m rocking a Razer Blade 15 that I bought about a year and a half ago. I have no doubt that there are better, faster, and more affordable gaming machines on the market today, but they are slim and (relatively) light, have an excellent 300Hz display and the combination of a 10th gen Intel Core i7 processor and an Nvidia RTX 2070 SUPER Max-Q is more than enough for blogging, photo editing, and gaming. I’m not entirely convinced that I’ll stick with Razer when it’s time to upgrade in a few years, but I still enjoyed my time with this laptop.

Since I use my laptop with an external monitor most of the day, I docked it to save space on my desk. I’m sure there are some airflow issues keeping it closed most of the time, but I usually don’t push this thing too hard. Even my usual line of PC games consists of niche JRPGs that could run on much older hardware than this.

Since late last year, I’ve used an entry-level 4K monitor from Dell, replacing an older (and very similar) Asus monitor that was developing red spots on all four corners of the screen. A 4TB external hard drive and an old Mac Mini that I use as an AirMessage server are stored under my monitor. Finally I have some near field studio monitors I use for editing audio and video projects.

Speaking of podcast, I have a Yamaha MG10XU mixer stuck between my laptop and the speakers. It’s nothing fancy and gets the job done, although admittedly my podcast production was quite limited during the second half of 2021. I used this setup to create a comedic podcast throughout. 2020 with my roommate, then I competed (and won) in an online podcasting contest around the time I started writing at Android Police. I have a long-running show in the works that I would like to create next year, but it has been put on the back burner as I work behind the scenes on additional content.

Like my mixer, my microphone is nothing fancy. I use a Shure SM58, which does more than get the job done, with a flexible mic arm to move it in and out as needed. I also have a ShuttlePRO v2, loaded with shortcuts and editing tools for Audition and Premiere.

I’m typing this on Drop’s CTRL keyboard, which I received pre-built with Cherry MX Brown switches. Unlike some of my colleagues, I’m not a keyboard fanatic – I just need something that is reliable and fun to use. It’s way better than the (woefully unreliable) Corsair mechanical card I had when I started in March, and that’s about all I can ask for. I have a Razer Basilisk X Hyperspeed mouse that I bought on the cheap, and it’s okay. I haven’t found a mouse that I really like yet – Logitech’s software has burned me down in the past, and Razer’s more advanced wired mice have literally collapsed in my hands on several occasions. It gets the job done, but if anyone has a mouse that they’ve really fallen for, I’d like some recommendations.

Finally, I have a 4th generation iPad Air placed on a stand under my monitor. It is mainly used for content consumption and more recently for taking notes in meetings with an Apple Pencil. I like it and I generally find iOS to stay on the sidelines (although the notifications are unsurprisingly horrible).

My desk is covered with Things, figurines and Amiibos to a Snorlax plush toy that I keep on one of the speakers. It’s not very exciting, but it helps make my desk look less like a workspace. I also have an electronic coaster to keep my coffee hot during the day. My second desktop has photo backgrounds, as well as my camera – a Panasonic GH5 – and a random assortment of gadgets and other bulky items. I have a record player behind me alongside some cheap (but surprisingly decent) bookshelf speakers from Monoprice.

There’s an Oculus Quest 2 floating around that I bought on Boxing Day, proving my poor pulse control, complete with an oscillating fan and an assortment of candles. Finally, I made the decision to leave my studio lights on all the time, if only to speed up taking photos a bit. It’s an Amazon two-pack – nothing fancy.

I am currently looking to move from my apartment to a house, which should give me plenty of new ways to improve my setup. So far this desk has served me well – certainly better than working in my bedroom like I did a few years ago. It’s nothing flashy, but it has met all of my needs so far, especially after this year’s desktop upgrade.

Spammers are the worst, but your phone can help stop them

Will has been an Android enthusiast since getting his first smartphone in 2011. He loves watching movies, has an endless backlog of video games, and produces a comedy podcast in his spare time. He lives in Buffalo, NY and is ready to give you chicken wing recommendations anytime. You just have to ask.

More from Will Sattelberg