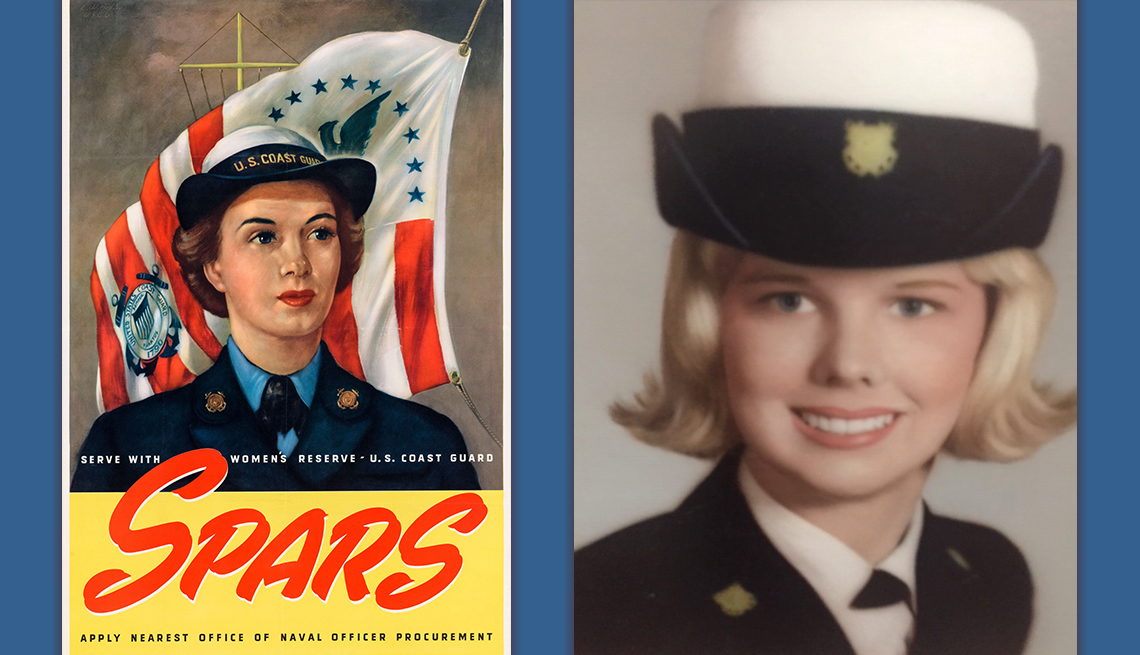 “Here’s the fun part﻿:﻿ We were learning the names of the nautical names on a ship. And we never got any,” she said. “I think once we went on a little Coast Guard ship. And we were calling the stairs, the ladder…while saying the nautical terms. We weren’t allowed by law to do anything.

Decades passed until she first attended a veterans event in 1997 at the opening of the Military Women’s Memorial at Arlington National Cemetery.

For her, the site is one of the few military spaces where she feels comfortable talking with other service members.

“I hate to say it, but places like VFW where male veterans go to talk about war stories and drink, that’s not a place I would want to go. In my experience, the hardest thing that I did was go to training camp,” she said. not as a pilot.

“I really thought my serve wasn’t helping the United States, I mean, I really didn’t have much pride in it because I felt like I didn’t really do anything. But in fact, we did; we paved the way for other women so that they could exercise all the professions of the army. But, we didn’t know that then.

In early June, Wagener returned to the Washington, D.C., area to tour the newly renovated Military Women’s Memorial and was among the first to view it since it reopened to the public. She also attended the induction of the new Commander of the Coast Guard, Admiral Linda Fagan, the first woman to lead the Coast Guard or any branch of the United States Armed Forces. Today, of the approximately 40,000 active duty members of the Coast Guard, more than 5,800 are women.

“I’ve been waiting for this for a long time,” Wagener said. “I didn’t think it would take 50 years or more.”