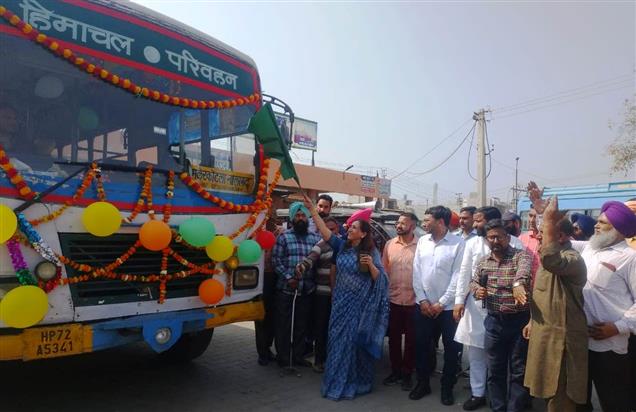 A few days after the Himachal Road Transport Corporation launched a direct bus service from Malerkotla to Nalagarh, residents of the town requested the extension of the route, along with the old Malerkotla-Shimla route, to the Ahmedgarh bus station.

Apart from increasing the cost effectiveness and feasibility of routes, it will also encourage the use of public transport among residents to undertake commercial, cultural and recreational tours in Himachal Pradesh.

Justifying the demand raised by the locals, Deputy Commissioner of Malerkotla, Madhvi Kataria, said she had already raised the issue with the Managing Director, Himachal Pradesh Transport Corporation, who also assured to explore the possibilities of starting the additional services, linking the district to Manali, Dalhousie. and Dharamshala in HP.

“I have already discussed the issue with Mohammad Yunas, MD, Himachal Transport who is from Begowal village in Ahmedgarh Subdivision and was instrumental in starting the Nalagarh-Malerkotla and Shimla bus services -Malerkotla. He assured to do the necessary to connect the region with different cities in Himachal Pradesh,” Kataria said.

Kataria called on residents to minimize the use of private vehicles to visit tourist spots in Nalagarh and Shimla areas where cheaper and safer modes of public transport were available.

Local bus stand authorities said that efforts will be made to facilitate local passengers intending to use Malerkotla-Nalagarh and Malerkotla-Shimla bus services to travel to various localities in Himachal Pradesh .