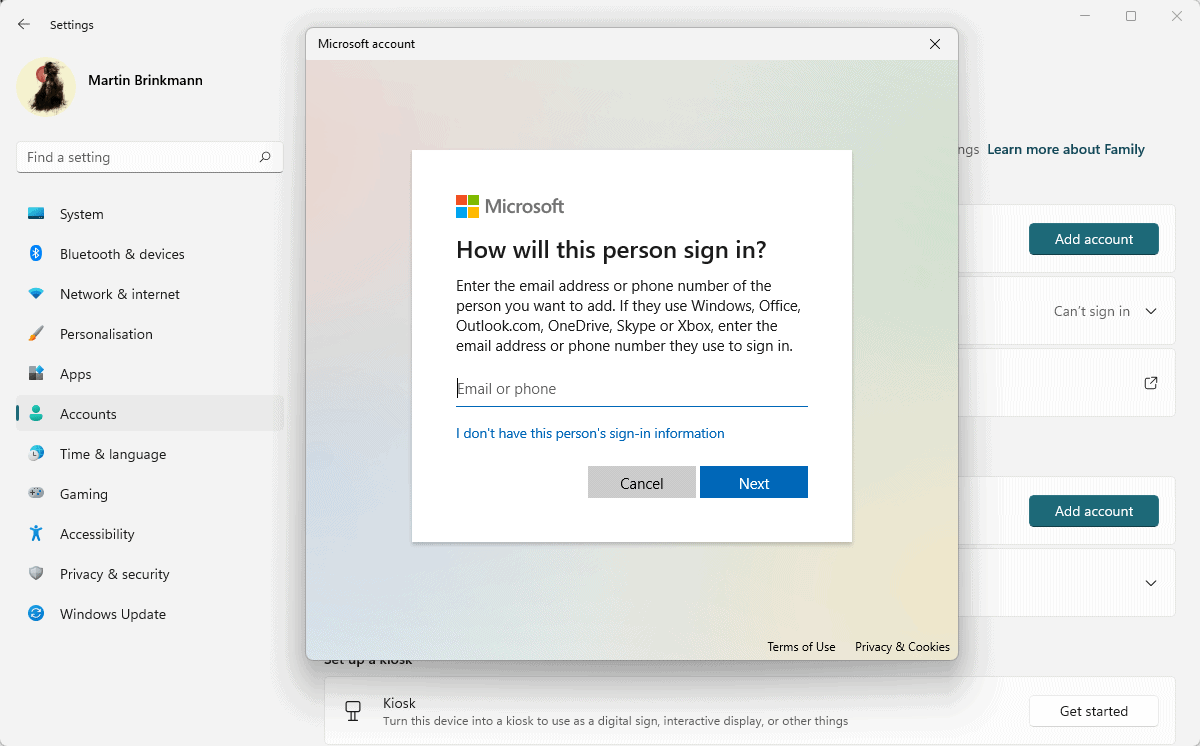 I like how you assume your readers are literate enough to even install Windows cleanly.
Your readers are only complaining about anything, they won’t clean up the install to be ‘aware’ of ways around it, I mean, if they were so worried about the requirement to ‘a Microsoft account they wouldn’t even bother to clean install Windows 11 today or the most likely option which would be to just upgrade Windows 10 to Win11 which wouldn’t require any workarounds.

Some people just set up local accounts to customize the users folder name and then add the Microsoft account like they do with Edge and others.

I’ve never tried it, but I’m sure you can edit the registry and change the folder name, then reset the account and set up the correct folder for you. it just takes more work.

But anyway the point is that people wouldn’t complain about Microsoft account if you could create the folder with any name you want instead of automatic it’s not Android or Apple where you don’t care where your roaming or local data is, in windows it matters, so having to change your usual username to a weird one because your email just isn’t good enough for the automatic 5 character name, then that’s what sucks to force the Microsoft account.

But stop pretending that people will even clean install Windows 11, it’s actually stupid to clean install Windows 11 in 2022, you don’t need to clean install when you switch cards mother or whatever, of course the license will no longer be valid, but with a 2nd drive, anyone can get a legit license through the win7 upgrade process, so from 7 to 10, not legal, not too much illegal either.
You don’t need to clean install to repair Windows because Windows offers ways to do that and people can do an in-place upgrade if something fails.
Windows works, even if people complain about their privacy fairy tale, “close to source” and proprietary stuff, it works.
People who clean the install because “they broke it beyond repair” are stupid, they’re the same people who install a bunch of crap and then blame a Windows update or upgrade which slows down their computer.

Why don’t people who complain about Windows use Linux now and ignore these kinds of articles? Why do people who don’t even use or plan to use win11 complain about it? lol
I know we live in a clown world, where people complain about a horse in the search bar on win10 but yeah some people are just beyond clowning when it comes to microsoft and windows.
It’s not hard to work around as you’ve shown, there are millions of other ways to do it, but lazy clowns will complain about it and pretend they’re cool because they’re using win7 or linux so this article doesn’t even apply to them.

And I mean, it’s sad, your article will eventually help people who need it, but not today, today you will only get illiterate clown readers and don’t even plan to use the information you’ve provided is the saddest thing when most of your reader base is made up of such pathetic humans who barely understand the technology but feel so empowered, the same ones who scream privacy while having accounts on all possible websites, social media and video game companies.

Thanks for the info, I already knew about these methods but if I ever need them, I’ll come here and check if I need them, I’m using win11, I bypassed the stupid TPM requirement, win11 works better than win10 and win7. And I have win11 pro, so it will affect me eventually…maybe, I don’t know if I will have to reinstall win11 on this computer.