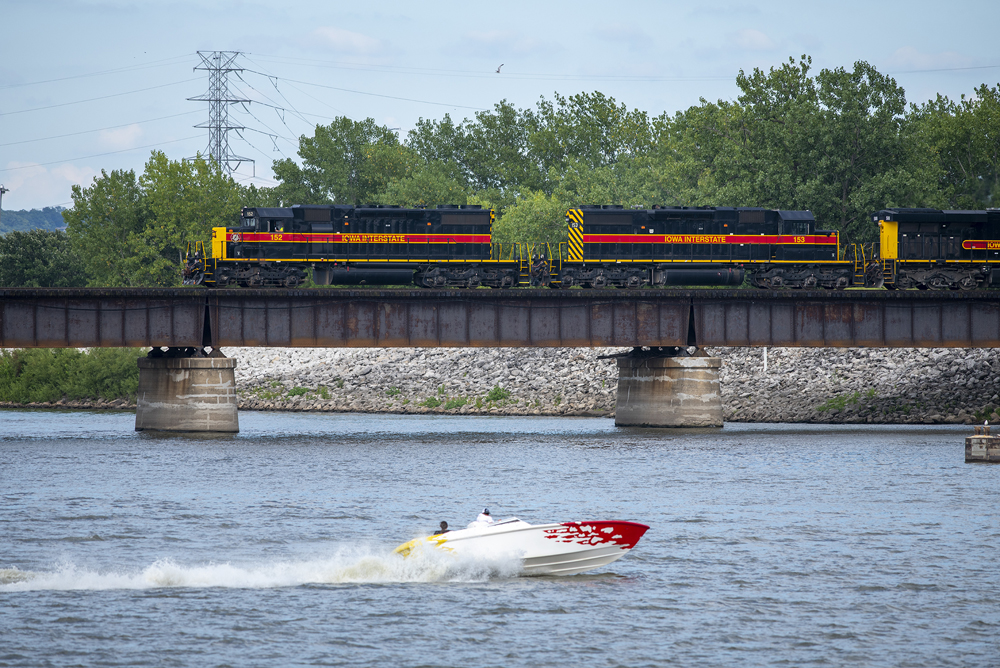 The Iowa Interstate Railroad reactivated SD38-2 Nos. 152 and 153 after three of its General Electric ES44-AC locomotives were damaged in crossing accidents.

Normally aspirated non-turbocharged engines are fan favorites. Locomotives are stored for use during traffic peaks or motive power problems. This is the second time they have been used in six months.

ES44AC #514 has been repaired by the Iowa Interstate at its stores in South Amana, Iowa, while sister 505 is being repaired by National Railway Equipment in Silvis, Illinois. The remaining damaged GE, No. 519, remains in South Amana awaiting repairs.