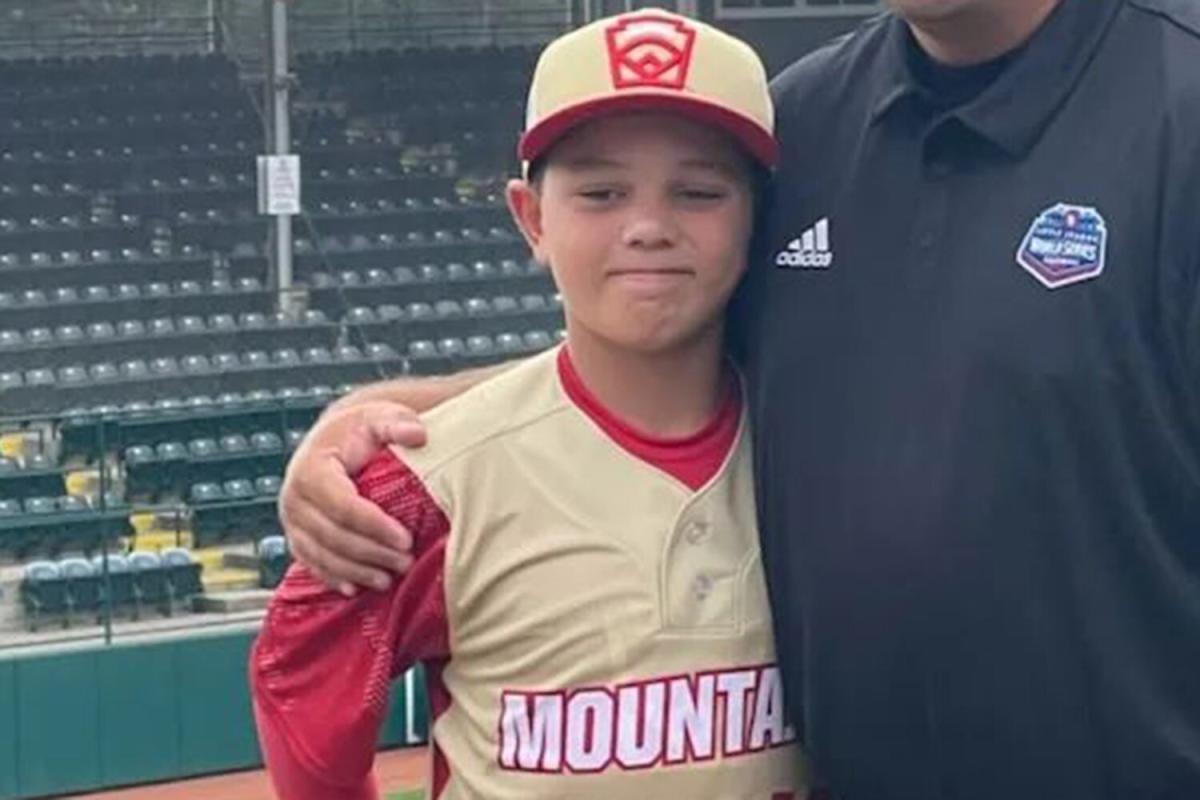 The 12-year-old Little League player, who suffered serious injuries following a fall from his bunk bed last week, is recovering from a second fall, his family said.

Easton Oliverson fell from the top of a bunk bed at the dormitory in Williamsport, Pennsylvania, where he and his Snow Canyon teammates were staying ahead of their Little League World Series opener, according to multiple reports.

Oliverson was airlifted to Geisinger Janet Weis Children’s Hospital, where he underwent emergency surgery and has since recovered.

Over the weekend, an Instagram page set up to share updates on the boy’s journey said Oliverson hit his head again.

RELATED: Little Leaguer comforts pitcher who hit him in the head with a ball: ‘Just throw punches and take deep breaths’

“In most recoveries you often hear the term ‘two steps forward, one step back.’ Last night Easton got up to go to the bathroom by himself (he’s not supposed to do that). In doing so , he fell,” the post read. “He told Nancy and the doctors that he fell on his butt and then hit his head. They’re going to do another scan today to make sure his fall didn’t cause swelling.”

A post later that day from the account, named @miraclesfortank, shared that the results had returned to “normal”.

The follow-up message read, “We are so grateful and blessed to have witnessed another miracle in Easton’s recovery!”

Jace Oliverson, Easton’s father, told The Associated Press on Sunday evening that his son was scheduled to return to Utah on Tuesday, where he will remain in a hospital.

“I’m just thankful he’s still alive because I was pretty much told he had a 0% chance of living,” Jace said. “We feel very lucky.”

RELATED: Mookie Betts sends a video message to the little leaguer who suffered serious injuries when he fell from a bunk bed

He continued, “There is a chance of a full recovery. It’s just a matter of how long and what therapy he’s going to get. We’re just asking for prayers. Continued prayers.”

After Easton’s initial fall, he suffered brain swelling and skull and cheekbone fractures.

Last Tuesday, the family released an update on the Little Leaguer’s prognosis.

“Just 36 hours ago, Easton was 30 minutes away from his death,” the family said, according to TMZ Sports. “Now, 36 hours later, he has a team of 1 trauma doctors who are absolutely impressed with his tremendous progress. One of his doctors said that all they hope Easton can do in the 12 last hours, he did and Continued.”

The family shared more details on Tuesday on a Facebook account set up to provide updates on his condition where they say the MRI results are “very promising” which they say is “a big step “in the boy’s recovery.

“Easton continues to prove he’s the fighter we’ve always known,” the family said Tuesday. Additionally, the young baseball player for Utah’s Snow Canyon team has not relied on a breathing tube since Tuesday night, in what his family calls “a big step” in his recovery.

Never miss a story – subscribe to Free PEOPLE Daily Newsletter to stay up to date on the best that PEOPLE has to offer, from juicy celebrity news to gripping human interest stories.

While there was a GoFundMe set up in Easton’s name, a post from @miraclesfortank explained that they don’t know who’s behind this page and are instead referring those wishing to donate to the family to Venmo. .

Easton’s team Snow Canyon was the first team from Utah to compete in the Little League World Series, AP reported. The team, which welcomed Easton’s 10-year-old brother to take his place on the roster, was eliminated from the series on Sunday after a 10-2 loss to Team Iowa.

[Solved] “Scan to Computer is no longer enabled”

When you try to connect your scanner or printer to your computer, you may receive…

Scan your cart with Yuka and make healthier choices

Yuka Food Ratings come from three weighted considerations:60% of the Nutri-Score30% additives10% depending on whether…